Your Game Is Not a Roguelike

The problem with roguelike

There’s this age old, ever discussed topic: What is and what isn’t a roguelike? Of course, there’s the (in)famous Berlin Interpretation which basically says that above all, a roguelike game is a game

With less “required” features like having a single player character, monsters being similar to players, providing a tactical challenge, being rendered in ASCII, containing dungeons and deliberately showing numbers.

Recently, I have stumbled upon a tweet with a flowchart (also displayed below) that actually prompted me to make this post and that seems even more restrictive than the Berlin Interpretation. 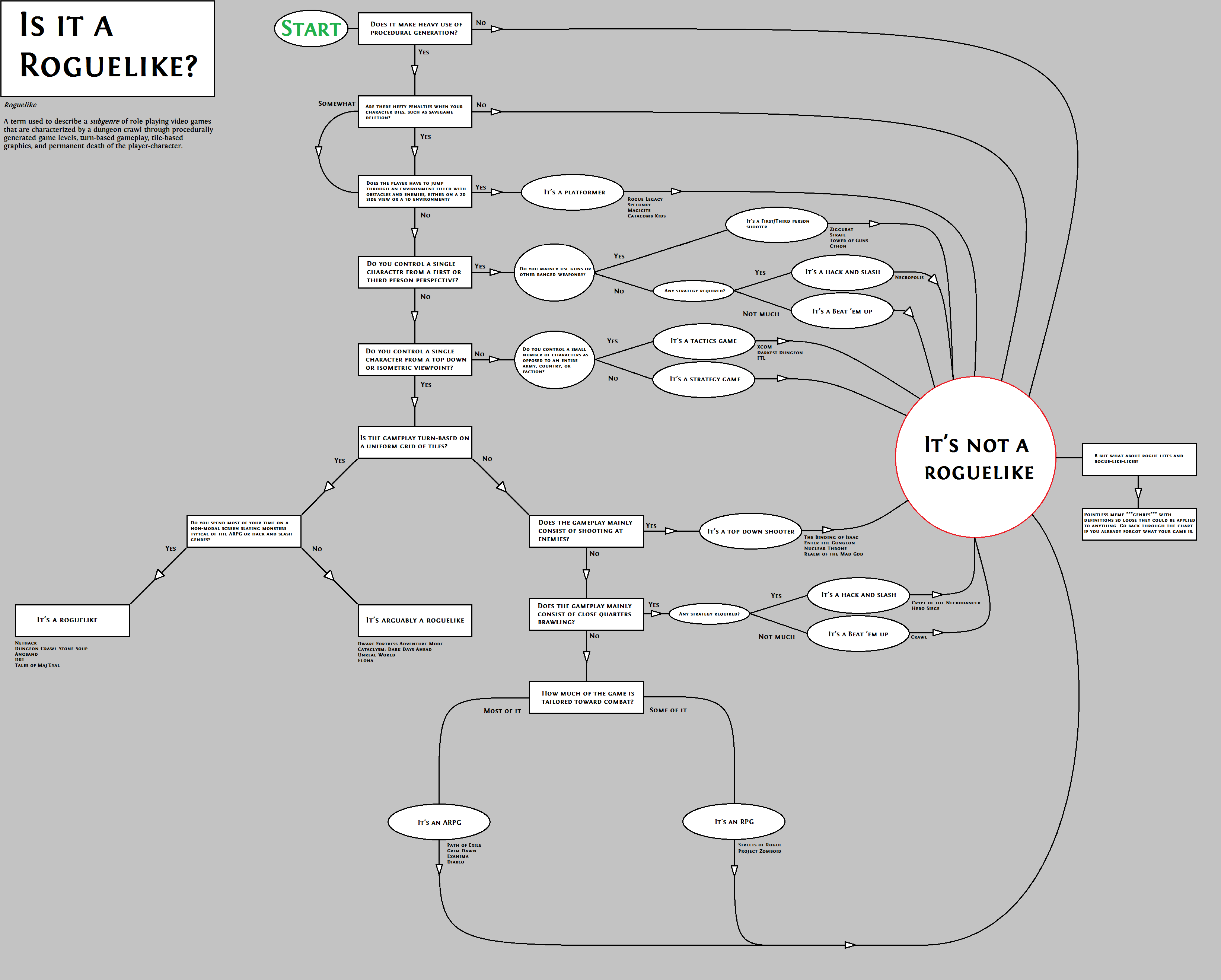 The chart overlaps a lot with the Berlin Interpretation, except it also says that a roguelike is strictly top-down or isometric (no first or third person camera) and lists a bunch of genres that you should define your game with rather than roguelike if it breaks one of the “rules” along with some examples.

And there lies the problem, those definitions are way too restrictive and the result of following those “rules” is pretty much just cloning and reskinning the original Rogue with little room for innovation.

I don’t think the Berlin Interpretation or the grid is inherently bad. Sure some of the rules should just go away completely, like forcing the camera view or the ASCII output. I also think there should be less emphasis put on certain “rules”, like disallowing a plot, or puzzles, non-modality, or even the aspect of killing monsters.
The core values, to me at least, are Replayability, Complexity, Exploration and Discovery.

In the end, I think the problem is actually rather simple and it’s in the name - Roguelike - a game “like Rogue”. I think we should move past this, we are not calling First Person Shooters Doom Clones anymore so perhaps we should move on from roguelike and invent a new word for the genre.

What should that word be? I don’t actually know, I am bad with names. The best I come up with is Dungeon Crawler, perhaps someone has a better idea?

Let me know what you think on Twitter, maybe you even have a better name for the genre :)